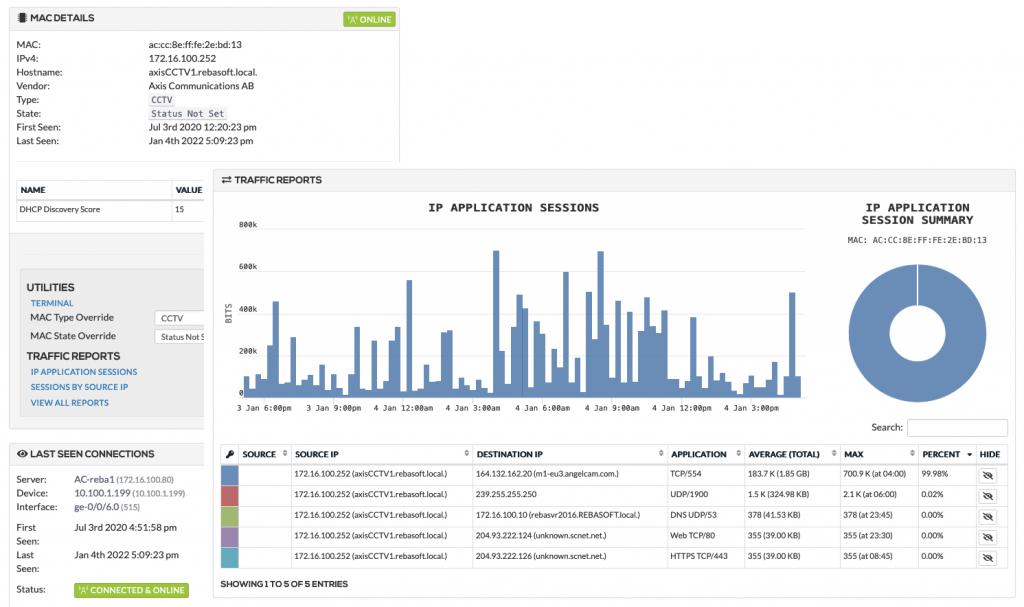 Not all threat, anomaly and malware spread is detectable by traditional log management. Many organisations can collect traffic information to understand an monitor data flows between systems across the network. Historically, and indeed still today, packet capture (PCAP) was used to see flows between system. PCAP is a very useful Network engineering tool, but has some maor problems:

Fortuntately Cisco developed NetFlow* and donated it to the community (as IP-FIX) and it is now implemented in most business class network equipment and overcoms all of the issues above.

NetFlow allows administrators to automate monitoring the behaviour of devices connected to a network. It allows insight into network abuse and anomalies that may represent a threat – such as the spread of malware infection, users attempting accessing known malware sites and providing early indication of hacks and data breaches.

What the standards say

NetFlow and its variants such as sFlow and IPFIX allows efficient monitoring of communications between devices across the network.  Unlike packet capture (PCAP), which involves the collection of traffic via specialised hardware, NetFlow is generally available as standard in most networking equipment today. It can be enables via a few simple configuration commands and allows collection of data at a fraction of the overhead of PCAP.

Besides the security use cases, Rebasoft’s collected data can help your network teams with

Saving you money on duplicate systems and reducing downtime

* NetFlow is a networking feature that was introduced by Cisco in the 90’s and taken up by many others. It is a standard feature on many network devices and allows NetFlow reporting systems to see communications without needing to perform in-depth packet capture. It can be used for security and network performance monitoring and troubleshooting.

NetFlow capture information about communications without capturing the actual data. This means it is no more than 1-2% of the monitored traffic volumes on the network to store and process.